We offer professional advice in the fields of financial strategy and capital markets issues. We customize our advice in a very confidential way and it focused to company owners, founders and management teams.

BLAETTCHEN FINANCIAL ADVISORY was founded in summer 2010. Prior our Team worked together at the advisory company Blaettchen & Partner AG for many years. Therefore we have an unique capital market advisory experience in IPOs, bond issues and implementation of management equity programs with more than 50 transactions and several billions EUR issue volume over three decades.

Our Company is completely owned by its active partners and is not a part of a financial institution. Hence, we are fully independent and not exposed to any conflicts of interest.

We appreciate the high level of trust our clients have in us. 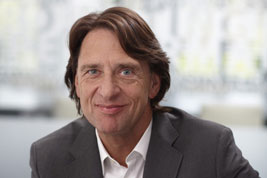 Prof. Dr. Wolfgang Blättchen is founder and Managing Partner of BLAETTCHEN FINANCIAL ADVISORY GmbH. Prior he was Managing Director and founder of the advisory company Blaettchen & Partner. He started in 1985 and has a unique track record as independent capital markets advisor. In this period he advised many successful IPOs and IBOs from German and foreign issuers, complex capital market transactions (SPO's, public takeovers, squeeze outs) and numerous Management Equity Program implementations.

Wolfgang Blättchen is also a member in Supervisory Boards in public and privately held companies: AIXTRON SE (Deputy Chairman) until May 2019, PFISTERER Holding AG (Chairman) and Advisory Board member of SÜDVERS.

He was from 2002 - 2010  Professor at the Faculty I - Taxation, Accounting and Auditing of the SRH University of Applied Sciences of Calw, Germany, from 2005 - 2010 Assistant Dean of the Faculty and from 2012 - 2017 he was Deputy Chairman of the Alumni Association SRH Hochschule Calw e.V. Since 2011 he is Co-Editor of FuS-Familienunternehmen und Strategie and has published various articles and books about stock market, IPOs, takeovers of listed companies an Corporate Governance. 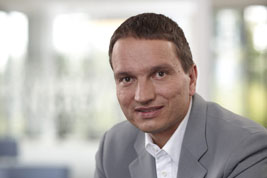 Dr. Stephan Mahn is Co-founder and co-owner of Blättchen Financial Advisory GmbH. Advises medium-sized enterprises in their IPO preparations, equity financings, individual capital market strategies and management equity programs since 1991. He was a board member of Blättchen & Partner AG until June 2010. He has managed numerous projects in various industries and situations and published articles in the fields of capital markets and management participation programs. He has studied Business Administration in Germany and in the USA and received a doctor´s degree from Handelshochschule Leipzig (HHL). 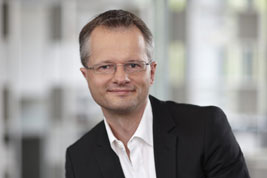 Uwe Nespethal is partner of BLEATTCHEN FINANCIAL ADVISORY GmbH since its foundation in 2010. From 1998 until mid of 2010 he worked for Blaettchen & Partner AG as a capital markets professional and project manager. From this time onwards he advised numerous capital market transactions and financial strategy projects.

Uwe Nespethal graduated in industrial engineering from Brandenburg Technical University of Cottbus and received a degree as an international financial analyst CEFA/CIIA.

He has published various articles about capital market issues.

We support clients (companies and manager) as independent advisor on all issues of equity offering or other equity-related transactions:

- Follow on Equity Offerings (new shares, existing shares, with and without subscription rights)

The intention to go public is in general a once in a lifetime highlight for the issuer, the companies´ owners and the founders and has to be prepared and supported carefully.

Our core competences are focused on the development of individual capital market strategies for different financing instruments. This process starts from the initial decision to go public, embraces all necessary steps to achieve the IPO readiness, leads to the selection of suitable project partners ("beauty contest") and includes the whole project management. We manage the upcoming conflicts of interest between company owners, financial sponsors, underwriters and the involved advisors.

We support our clients to structure and manage a "dual track transaction", that means a complex process in which the shareholders pursue an IPO and a trade sale option simultaneously. IPOs on international Exchanges such as NASDAQ, whether in the form of a direct listing or in the form of a "reverse" merger with a "SPAC" (Special Purpose Acquisition Company), are familiar to us.

We assist companies in the offering of non listed equity financing instruments such as mezzanine, Pre-IPO private equity finance, warrants and convertibles.

Furthermore we are the sounding board for the stock exchanges concerning design and implementation of new capital market services for issuers and investors.

We support our clients to design and implement a "management equity program" (MEP) in a typical LBO transaction. The participants of this program have usually potential to invest a significant amount. Therefore a balanced risk profile and fair conditions for the MEP are essential to reach the long term goals. The upcoming conflicts of interest between the involved parties will be moderated and managed by us.

We also help to develop a "state of the art" equity participation and incentive program for employees and managers ("Employee Stock Option Plans" or ESOP) before or after an IPO. Particularly fast growing Tech companies have strong empathies to share the future value creation in an early stage of the company lifetime. Such designed incentive program must be open for the future "exit event" and may not hinder it. This applies in particular to the IPO. Hence, we support clients to restructure existing equity participations programs in a recapitalization situation.

We are proud to support the mayor German stock exchanges to design and to implement the innovative market places for listed corporate bonds. We were nominated bondm-FOUNDATION-COACH at the Boerse Stuttgart and are DEUTSCHE BOERSE CAPITAL MARKET PARTNER at the Frankfurt Stock Exchange.

In the first step we support you to find the fundamental decision to issue a capital market instrument as a corporate bond or alternative instruments (notes, private placements).

Our key point of analysis is the capital market capability of our clients, which will be necessary for a bond issue.

As independent advisor we assist our clients to issue a corporate bond. The issue concept can include an "issuer controlled offering" in consideration of several distribution channels. The alternative concept can be a "bank controlled" issue, where the mandated investment bank underwrites and sells the bond by means of a syndicate. We support the client to develop the suitable issue concept, select the professional partners (banks, selling agents) via a "beauty contest" and bring the issuer together with potential investors and intermediaries and negotiate the optimal conditions.

Furthermore we assist our clients to execute a "dual track process", in which both a bond issue and alternative refinancing options (credit facility, notes etc.) are simultaneously followed.

We are DEUTSCHE BOERSE CAPITAL MARKET PARTNER in following fields of activities and segments:

BLAETTCHEN FINANCIAL ADVISORY supported the management of BIONTECH SE in the structuring of an "At The Market" program in the amount of USD 500 million. An ATM program enables the Company to issue incremental shares close to the market. BioNTech is the first German company listed on the NASDAQ in the legal form of an SE to launch such a program.

JENNEWEIN Biotechnologie had announced its IPO in the beginning of 2020. In this context a number of investors indicated their interest in taking over the company. Therefore, the shareholders decided to enter into a structured M&A process in parallel to the the ongoing IPO preparations with the intention to divest (Dual Track). Finally, the shareholders agreed to sell to CHR. HANSEN on September 22nd, 2020 for € 310m.

JENNEWEIN Biotechnologie is an industrial Biotechnology company. It has developed and patent-protected innovative processes for the industrial production of Human Milk Oligosaccharides (HMOs) and launched the HMOs in the infant formula and medical nutrition markets.

BLAETTCHEN FINANCIAL ADVISORY supported the management of BIONTECH SE in its public offering of 5.5 million new American Depositary Shares ("ADSs") as well as further 0.83 million ADS as granted over-allotment option from a selling shareholder. These ADSs were placed in an Accelerated Bookbuilding process ("ABB Offering") at USD 93 per ADS in the period from 21 July 2020 to 22 July 2020. All ADSs could be placed with new and existing investors after the waiver of approximately 75% of subscription rights of BioNTech's key shareholders. The Company has received a gross proceeds of USD 511.5 million. The total "ABB Offering" volume amounts USD 588.2 million including the over-allotment option.

BLAETTCHEN FINANCIAL ADVISORY supported the management of IMMATICS Biotechnologies GmbH as financial advisor in the successful completion of the merger with ARYA Sciences Acquisition Corp., a NASDAQ-listed special purpose acquisition company (SPAC). After completion of the "Business Combination" the shares of the newly founded IMMATICS N.V. are listed on NASADQ since July 02, 2020. The transaction has an equity value of over 600 million USD. IMMATICS is a clinical biopharmaceutical company developing T-cell based cancer immunotherapies, with its operational headquarters in Tübingen.

BLAETTCHEN FINANCIAL ADVISORY supported the management of BIONTECH SE in structuring a four-year mandatory convertible note in the amount of USD 112 million, which was granted to Temasek, a Singapore-based investment company, as part of a private placement. In addition to the mandatory convertible, a further approximately USD 139 million of new shares were placed with Temasek and other accredited investors.

BLAETTCHEN FINANCIAL ADVISORY supported the management board of BIONTECH SE in its role as financial advisor to close the public takeover with NEON Therapeutics, Inc. (Nasdaq: NTGN). BioNTech will acquire Neon in an all-stock transaction valued at approximately USD 67 million. Neon is a biotechnology company developing novel neoantigen- based T cell therapies.

BLAETTCHEN FINANCIAL ADVISORY supported BIONTECH AG to design and to implement a capital market relatet Employee Participation Program and supported the management board in this context to prepare an Pre-IPO Financing Round (Series A) in a volume of 270 Mio USD.

BLÄTTCHENFINANCIAL ADVISORY supported CARL ZEISS MEDITEC AG to complete its capital increase without subscripiton rights (up to 10% of its share capital) in a total proceeds of approx. 317 m€ (see Flyer)

BLAETTCHEN FINANCIAL ADVISORY supported MOLOGEN AG to complete its convertible bond placement as part of a prospectus-exempt public rights offering in a total volume of about 5.0 m€

BLAETTCHEN FINANCIAL ADVISORY supported MOLOGEN AG to complete its capital increase with subscription rights and a follow-up convertible bond issue in a total volume of 16,1 m€

BLAETTCHEN FINANCIAL ADVISORY supported the IPO of the B.R.A.I.N. AG with a total issue volume (incl. over-allotments) of 32.5 m Euro in the Prime Standard of the Frankfurt Stock Exchange. B.R.A.I.N. AG is one of Euorpe's leading technology companies in the field of indsutrial or "white" biotechnology, the core discipline of the bioeconomy and is the first listed German issuer in this sector at the Frankfurt Stock Exchange

BLAETTCHEN FINANCIAL ADVISORY supported SeniVita Social Estate AG to issue a Going Public convertible note in a volume of up to 50 Mio. € listed in the Quotation Board (Open Market) of the Frankfurt Stock Exchange

BLAETTCHEN FINANCIAL ADVISORY supported SeniVita Sozial gGmbH to issue a participatory notes in a volume of up to 25 Mio. € listed in the Quotation Board (Open Market) of the Frankfurt Stock Exchange

BLAETTCHEN FINANCIAL ADVISORY supported PNE WIND AG to issue a second tranche of its 8.0% corporate bond 2013/2018 (WKN: A1R074) in a volume of 33.7 Mio. € within a private placement. With the reached total bond volume of 100.0 m€ the bonds are to be included in the Prime Standard segment for company bonds on September 19, 2013.

BLAETTCHEN FINANCIAL ADVISORY GmbH supported Cloud No. 7 GmbH to issue a senior secured bond of up to € 35 Mio. at bondm of the boerse stuttgart

BLAETTCHEN FINANCIAL ADVISORY supported PNE WIND AG to issue a senior bond of up to € 100 Mio. in the regulated market of the DEUTSCHE BOERSE AG and the intended admission in the Prime Standard for Corporate Bonds

BLAETTCHEN FINANCIAL ADVISORY GmbH supported ALBERT REIFF GMBH & CO. KG to issue a senior bond of up to € 30 Mio. at bondm of the boerse stuttgart

BLAETTCHEN FINANCIAL ADVISORY supported RENA GmbH to issue a senior bond of up to € 75 Mio. at bondm of the boerse stuttgart